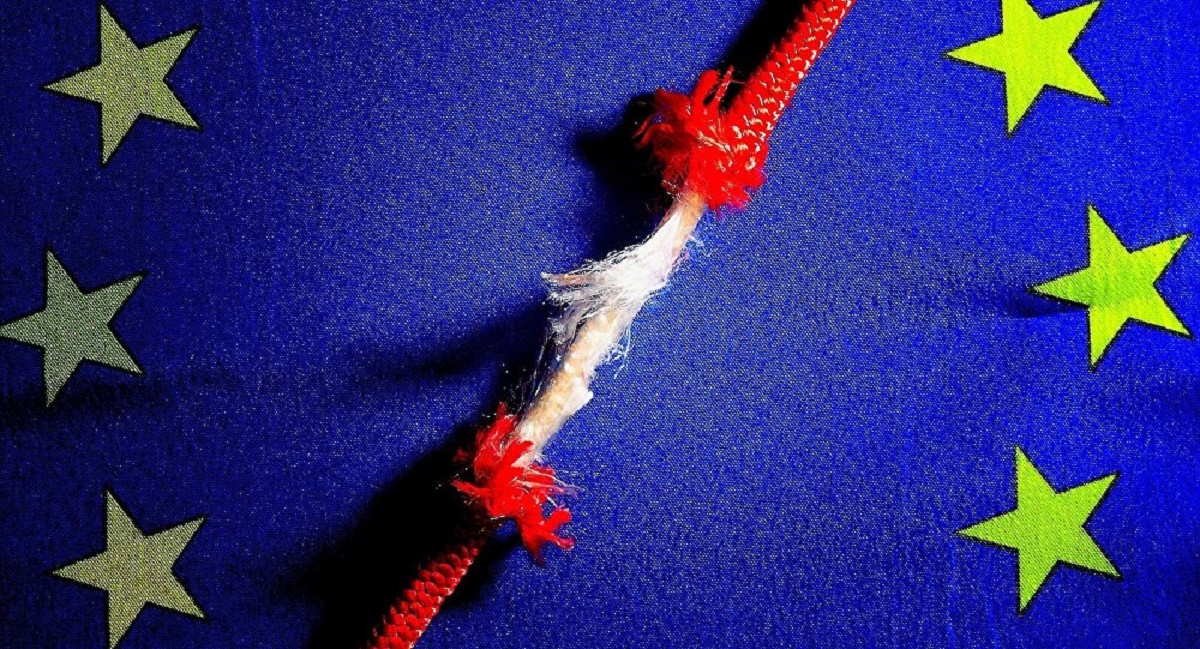 Last month, the European Union threatened Turkey with targeted sanctions in light of “illegal drilling” taking place in Cypriot waters. This somewhat strict and standoffish approach from the EU will surely feel like old news to President Erdogan, who has continually found himself at the centre of many international controversies in the past few years. Last year, the European Parliament decided to cut funds going to Turkey through the Instrument for Pre-accession Assistance (IPA) and earlier this year, the EP called for a suspension of accession talks with Turkey due to human rights and democratic violations.

Since the attempted coup of 2016 in Turkey, the increasingly despotic actions of Erdogan have been condemned by the international community, arguably causing a loosening of ties between Turkey and its European neighbours. Indeed, if Turkey has aspirations to join the EU, then it must adhere to the accession criteria, which includes the safeguarding of democracy, rule of law and human rights. Whether or not the EU and its member states ought to use the financial aid such as the IPA as a condition for improvements in human rights standards in Turkey is still up for debate. However, it is widely agreed that as long as improvements are not seen, the EU ought to distance itself further from Turkey.

We cannot deny that the EU has both a right and a duty to send strong signals to Turkey regarding human rights and rule of law issues. But a question remains around whether creating distance, reducing assistance and threatening sanctions is the right way to go about this. There is a sociological case to be made for continuing support and dialogue between the EU and Turkey. While the EU may be acting in a typical foreign-policy fashion, it can be argued that this is somewhat out of character for the EU who have never tended to play by the book when it comes to international relations, starting with its very own nature. History’s largest and arguably most successful peace project, the EU has achieved this through a mixture supranational and intergovernmental measures starting with seemingly unrelated policy areas such as trade and economy. Before delving into what this means for the EU’s role externally, let us explore some considerations about Turkey.

The EU should not and cannot turn its back on Turkey

Firstly, commentators today often forget that at one time, Erdogan’s Justice and Development Party (AKP) was pro-Europe and pro-West. They, like many modern political factions in Turkey, made clear their pride and ambitions for Turkey to be the more “advanced” and “liberal” nation among its Middle Eastern neighbours. In preparation for EU accession talks at the beginning of the 2000s, constitutional changes were made, for example, regarding gender equality, in order to match EU standards. Indeed, it was a relatively liberal elite bureaucracy in Turkey, led by Erdogan who orchestrated such changes. The March 2019 vote in the EP to halt accession talks met an angry reaction in Ankara, fuelling Erdogan’s anti-Western rhetoric and arguable victim mentality. While they have a strange way of showing it, we may deduce that Turkey still has aspirations to join the EU.

Secondly, EU leaders and others in the West ought not to forget that Turkey is not a single entity, personified by Erdogan, his decisions, his words and his actions. Turkey has an incredibly diverse population of almost 80 million, and many Turkish people “on the ground” are currently facing social and political hardship. As well as the infamous government crackdown following the coup attempt, which curtailed human rights and democracy, Turkey’s economy has been deteriorating in the past few years causing high levels of poverty, and minority groups, in particular, the Kurds, continue to face under-protection and persecution. Whether or not their leader has decided to “illegally” drill in offshore waters, should the EU not continue to attempt to support to their potential future citizens? Moreover, the results of local elections in March, which were supposed to be a validation of the nation’s support for Erdogan’s AKP, showed waning support for the current leader, suggesting that Erdogan and his actions are not representative of the majority of Turkish people.

Thirdly, it is widely accepted that Turkey has an important geopolitical position globally. Straddling Europe and the Middle East both physically and culturally, Turkey may be crucial in building and maintaining relationships between the regions. This should especially interest the EU in a time of rising nationalism and anti-multiculturalism, both of which challenge the EU’s very existence. More practically, Turkey has played a large role in the refugee crisis. Even in the European Parliamentary resolution which calls for accession talks with Turkey to be halted, the Committee for Foreign Affairs notes that Turkey has shown “great hospitality” to refugees and integrated them well into Turkish society, which was important in the easing of the number of asylum applications in Europe.

These considerations fall under arguments in favour of a supportive EU-Turkey relationship. Indeed, it is also unacceptable for EU to embrace a country headed by anyone with a track record of human rights abuses and arguably undemocratic rule. However, previous actions suggest that Erdogan may not change his ways and tensions may increase if he continues to feel victimised by the West.

The EU both projects itself and is perceived as a champion of human rights and social rights. Its treaty states the Union is founded on freedom, democracy, rule of law and human rights in a society where pluralism, non-discrimination and justice prevail. An entity that is hard to define, the EU seems to focus on issues that go beyond the state and politics. Indeed, its policies have tended to centre around post-material matters such as education, gender and climate change, resulting in some of the world’s highest standards in these areas. The EU is also an economic project, with one of its most tangible benefits being the free movement of goods, capital and people. Its economic aims are for prosperity and growth not just for member states but for the individuals within them. Above all, the EU is a peace project which has proven successful since its creation.

Despite all this, it is important to note that the EU is not perfect, and it would be rather prescriptivist and Euro-centric to suggest that it has an inherent duty to spread its values throughout the world. For example, it is commonly argued that the EU suffers a democratic deficit, despite being founded on the values of democracy. However, EU founders and leaders are committed to promoting EU values such as equality, human rights and climate protection through its trade negotiations with third countries. Leaders of third countries are pleased to reap the economic benefits of trade deals with the EU which will also positively impact citizens. This functionalist approach is typical of EU expansion and deepening. The Union began as a trade organisation regulating steel and coal production in Europe. Through policy area expansion, the EU has been able to promote liberal values not just among member-state government, but among its citizens.

Even if the Turkish government is not willing to cooperate with Europe, the EU cannot simply turn a blind eye to those suffering in Turkey, be it through economic struggles or political suppression. Indeed, the same could be said for any country in which citizens face unfair conditions however, Turkey and Europe have strong ties that cannot be undone. A customs union agreement set up in 1995 means that goods can flow freely between Turkey and the EU and the EU is Turkey’s biggest trading partner, while Turkey is the EU’s fifth-largest. It could be argued that since integrative policy is already in place, the EU has a commitment to promote its values through trade – values that could challenge the current situation in Turkey. This is not to mention that Turkey remains a candidate country for accession and as mentioned, Turkish leaders arguably are still keen for accession talks to continue.

The EU, nor any international organisation, ought not to accept the human rights violations that have been reported in Turkey. However, the purpose of this piece is to present a sociological and moral case for continuing support between the EU and Turkey, with the aim of restoring human rights and democracy standards. As a champion of human and social rights globally, and being already economically embroiled with Turkey, the EU has a commitment to promote its founding values of equality, justice, human rights and democracy in Turkish society, no matter the current government.

How can this be achieved? The European Parliament ought to think carefully about how IPA funds will be spent during the next budgetary cycle, due to start in 2021. During the last cycle, criticisms arose around the under-spending of IPA funds in Turkey. Funding implementors ought to engage with diverse civil society, including independent groups and the judicial system. Projects and approaches should be bottom-up, and to an extent, bypass certain governmental levels.

Concrete policies and projects could include supporting the youth and universities through, for example, the Erasmus programme, especially given that young people in Turkey tend to be pro-EU and more liberally-leaning. Additionally, funds could be invested in creating more transparent cooperation on the refugee issue between a range of international actors as well local Turkish governments and municipalities. Engaging in and thus gaining some control of the refugee issue in Turkey could prevent those “at the top” in Turkey from playing the “refugee card” in future international talks.

However, the overall aim should be to engage people, show the positives of EU integration and redirect support for the EU to alternative actors such as NGOs, municipalities and civil society. This may seem counterproductive when considering the aim of improving the current situation which is arguably orchestrated by the current Turkish government, but it goes some way to fulfilling the commitment of the EU to promote its values globally. 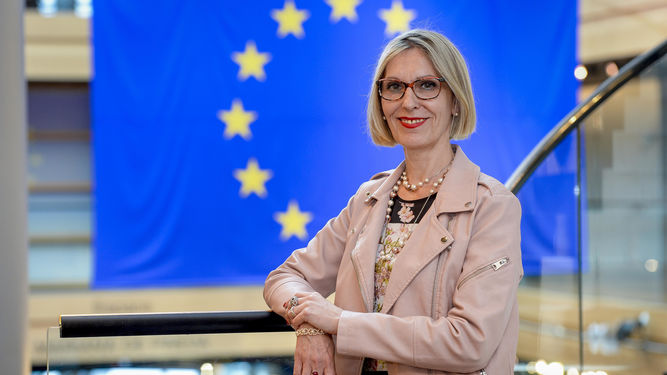 Beatriz Becerra: Turkey must act according to its commitments. 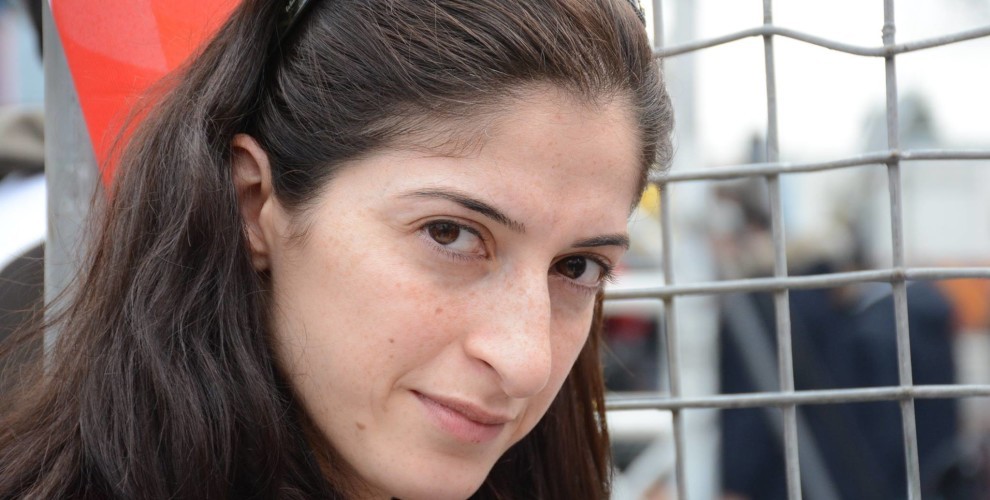 [INTERVIEW] Mesale Tolu: You can experience all that, but you can go on!

[NEWS] Turkey Expert: “Problem with the rule of law in Turkey will be with us for a long time.”