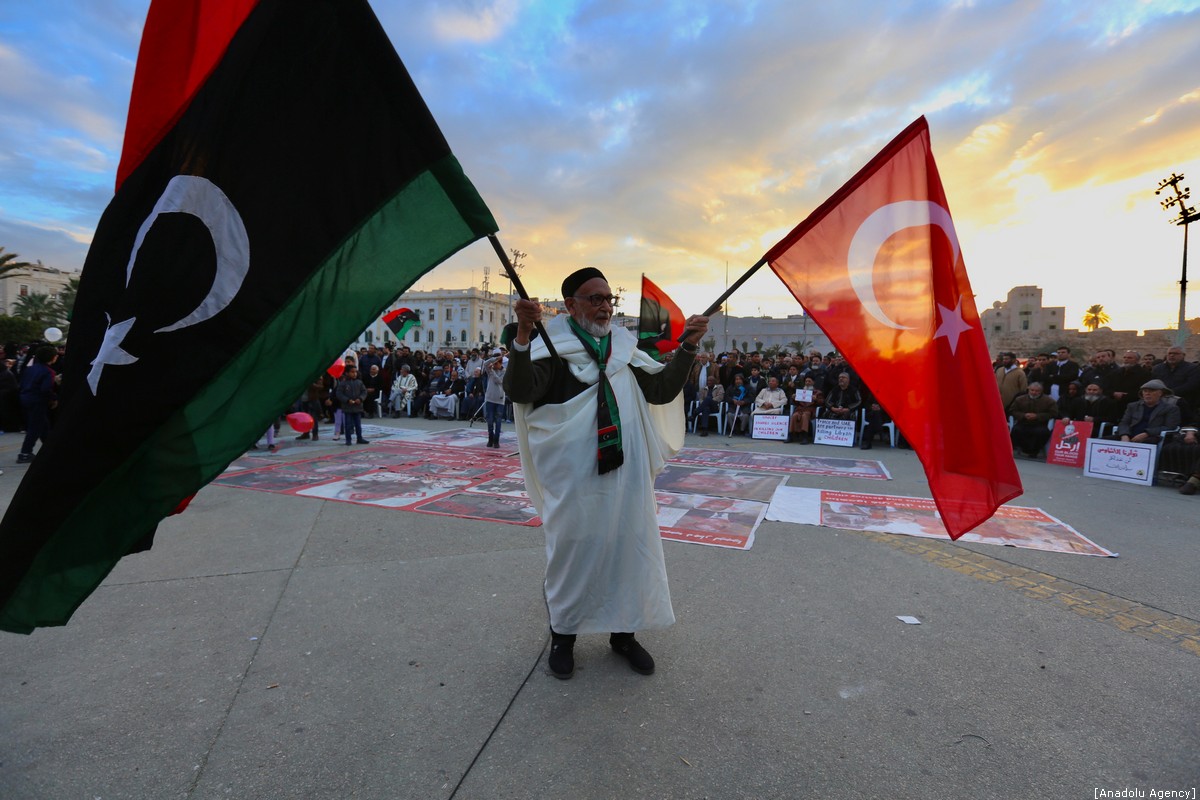 TURKEY’S LIBYAN GAMBLE; WILL IT PROVOKE RESISTANCE OR ACCOMMODATION?

Turkey has been far from alone in involving itself in what has turned into a largely proxy conflict in Libya, but its recent escalation of military assistance to the UN-recognised and Tripoli-based Government of National Accord (GNA), led by Fayez al-Sarraj, has undoubtedly rattled the cages of other external interveners in the conflict.

Turkish military and intelligence units have overseen an impressive campaign deploying drones, electronic warfare, offshore frigates and around 12000 Syrian mercenaries as well as indigenous forces. It has obliged Haftar to give up on his attempt to capture Tripoli and led to the loss of the strategic al-Watiya air base. GNA forces are now demanding the capture of Sirte, the coastal town that serves as the gateway to eastern Libya’s concentration of oil terminals, pipelines, and storage facilities and that was captured by Haftar’s forces in June 2019, and the Jufra airbase. Turkish president Erdogan has lent his support to this ambition.

That Turkey’s heightened involvement came in the wake of a truce negotiated by Moscow and Ankara last January and that came to nothing, and in the face of the presence of 1200 fighters from Russia’s shadowy ‘Wagner’ security force providing support to Haftar’s forces, suggests that Haftar’s retreat represents a setback for Putin. Certainly the despatch to Libya of Russian fighter aircraft subsequent to the GNA’s advance is an indication of Moscow’s discomfort with the implications of Turkey’s escalation, and implies that there might be limits to what it will tolerate. Egyptian president Abdel Fattah al-Sisi, which along with the UAE has also strongly taken Haftar’s side, has made it clear that Sirte represents a ‘red line’ for Cairo, and he has ostentatiously inspected Egyptian forces marshalled along Egypt’s border with Libya. For its part, France  – another of Haftar’s champions – has condemned the ‘dangerous game’ it accuses Turkey of playing in Libya, not least in response to what it regards as the aggressive behaviour of Turkish maritime units towards a French naval vessel engaged in enforcing the UN’s prohibition of arms supplies to Libya’s warring factions. In the midst of a war of words with Ankara, Paris even called for a ‘no-holds barred’ EU discussion on all aspects of the EU’s relationship with Turkey.

Turkey’s recent actions in Libya have evidently provoked counter-moves by Haftar’s external backers, which could produce a spiralling escalation of the conflict. Libya might yet prove to be the theatre in which Erdogan’s propensity for risk taking finally comes unstuck. However, that same propensity for risk taking might serve to establish Turkey as a serious actor, in Libya and elsewhere in the region, which has earned itself a right to be present at any negotiating table. In particular, there are indications that Putin is both tiring of Haftar’s excesses and already regards Ankara as a serious player in Libya, even if a sometimes adversarial and unpredictable one.

Amidst increasingly insistent allegations that Haftar’s forces have committed war crimes, and given Haftar’s sometimes maverick warlordism, Moscow seems to be shifting towards Aguila Saleh Issa, the speaker of the Tobruk-based and nominally Haftar-aligned House of Representatives, as its preferred Libyan interlocutor in its pursuit of the negotiated peace deal it would like to sponsor.

Moscow probably does not want to see Haftar’s collapse, but it might think it can benefit from Turkey’s contribution to reigning him in. As in Syria, Moscow could use its deployment of airpower, and possibly the threat of Egyptian and other Arab forces, to limit and shape Turkish policies and gains. For its part, Cairo could be bluffing, and in any case might prove unwilling to act without a green light from Moscow. Furthermore, Haftar’s backers are arguably guilty of greater moral depravity than is Ankara for supporting Libya’s UN-recognised government, notwithstanding the fact that the GNA incorporates Muslim Brotherhood (MB) and other Islamist elements.

In any case Haftar’s forces still control eastern Libya and much of the rest of the country outside Tripoli and the northwest, and it is doubtful that the GNA could dislodge them without a further augmentation of Turkish assistance. And again, that would risk counter-moves by Haftar’s external backers.

So, as we have seen in Syria, much depends on Ankara’s propensity to risk-taking and Russian readiness to meet the challenges it poses. If victory for one side and a readiness to accept humiliation and defeat by the other side is unlikely, then the outcome would be some kind of uneasy draw, probably leading to an Ankara-Moscow led search for some kind of negotiated agreement. And that is unlikely to produce a unified and stable Libya for some time to come. The strident support for Haftar, and hostility to Turkey, that President Macron has exhibited is not mirrored elsewhere in the EU or in Washington, although there is much unease. Italy and Spain in particular, and the UN, are also calling for negotiations between the warring parties. They are joined in this by an otherwise quite passive US. There is a good chance that a divided Libya is likely to be with us for quite a while yet.

So, what lessons might we draw from Turkey’s approach to Libya, and the reactions to it? First, the future is unpredictable, and depends on whether Ankara plunges deeper into Libya’s conflict, and how others choose to react to the challenge. Though unlikely, complete ‘victory’ for the GNA and its Turkish backers cannot be ruled out. More likely however is some kind of frozen scenario in which no one faction rules the country as a whole. This would render resuscitation of the Libyan economy, most notably its energy sector, highly problematic. In so far as such economic considerations and interests have driven Ankara, Moscow or western governments, any scope to reap economic benefits looks elusive for the time being. More importantly, Turkey’s approach to the Libyan conflict, and the reactions of others to Ankara’s role there, is inextricably linked to tensions over energy resources and territorial arrangements in the eastern Mediterranean.

The November 2019 Turkey-GNA bilateral agreement on the demarcation of the Exclusive Economic Zones (EEZs) in Mediterranean Sea will be hard to implement in practice if the Libyan coastline east of Sirte remains beyond Tripoli’s control. The deal has unsurprisingly been fiercely opposed by some of those that have also emphatically objected to Turkey’s Libyan adventure – namely, Egypt, Cyprus, Greece and France. The US, the EU, Israel and others have also lined up against Turkey’s assertive energy and territorial sea policies in the eastern Mediterranean, as they are not only an affront to Nicosia’s control over its own waters but also complicate plans to pipe or otherwise ship (as LNG) eastern Mediterranean gas to Europe.

These objections tap into other concerns about Turkish behaviour. Egypt’s al-Sisi is still smarting from Turkey’s championing of MB elements both in Egypt and in the wider region, including Libya itself, which is a neighbouring state for Egypt. In this he is joined by much of the rest of the Arab world. Turkey’s activism in Syria, Iraq (where it has upset Baghdad with its current intense bombardment in the country’s Kurdish north), and Somalia (where it has established a military base), and its alignment with Qatar (again, the location for a Turkish military base) has aroused throughout the Arab world a general suspicion of Turkish aggrandisement.

Ankara’s eying of Misrata and other locations in Libya as potential Turkish bases adds to these concerns. Ankara’s readiness to play fast and loose with sanctions against Iran, and its cooperation with Iran in Syria and Iraq, also stoke Arab resentment of Turkey. Greece, whose maritime economic zones are directly threatened by the November 2019 bilateral Turkey-GNA deal, and which is totally aligned with and has a stake in Nicosia’s position on territorial waters and energy exploitation in the eastern Mediterranean, is also upset about what it claims are Turkish encroachments into Greek sovereign air and maritime space. It would be hard for the EU and Washington to remain aloof from any escalation of Greek-Turkish tensions. Turkish-French tensions are fed further by French sympathies with the plight of Syria’s Kurds, as well as by French criticism of domestic developments in Turkey and its opposition to Turkish EU accession.

Economic interests do not sufficiently explain Turkish behaviour in Libya. Other countries – France, Italy, the UK, Russia – also have economic stakes there, but they have not been quite so reckless in their involvement in the Libyan conflict. In any case, protection and enhancement of economic interest will require some stabilisation of the Libyan situation, and it is far from clear that Turkey can impose that alone. Turkey’s Libyan activism is perhaps best explained in the context of the more generally risk-taking and assertive stance that Ankara has adopted throughout the region and beyond.

Turkey has enhanced its maritime capacity and its assertiveness in the Mediterranean, Aegean and Black Seas as part of a so-called ‘Blue Homeland’ strategy that aims to more fully establish Turkey as a regional if not global power. Turkey’s profile in Africa has also been raised. This behaviour has been enabled by a disinclination on the part of  the Trump administration to stand firm against Erdogan, and by the EU’s divisions and distractions. Russia has been broadly happy to encourage a distancing between Ankara and Washington, and Putin shares with Erdogan a desire to displace ‘pax Americana’ in the middle east.

But Turkey is a revisionist power, even a rogue power, seeking to claim what it regards as its rightful place in world politics. As with other revisionist powers before it, it is in danger of over-reach. The west, local powers and perhaps Moscow especially are torn between accommodation of Turkey’s enhanced regional role and resistance to it. Libya could be the place where the balance between these two contradictory impulses is most acutely tested. 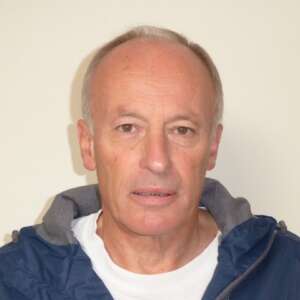 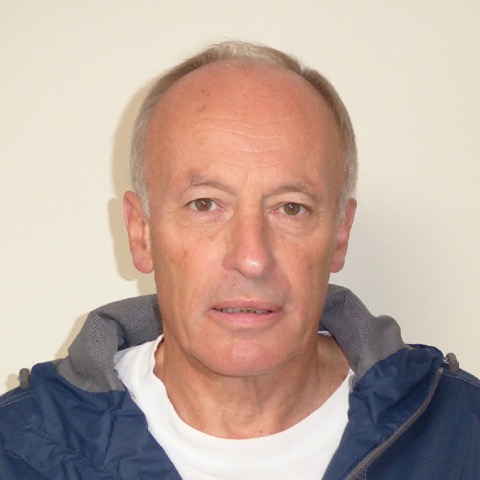 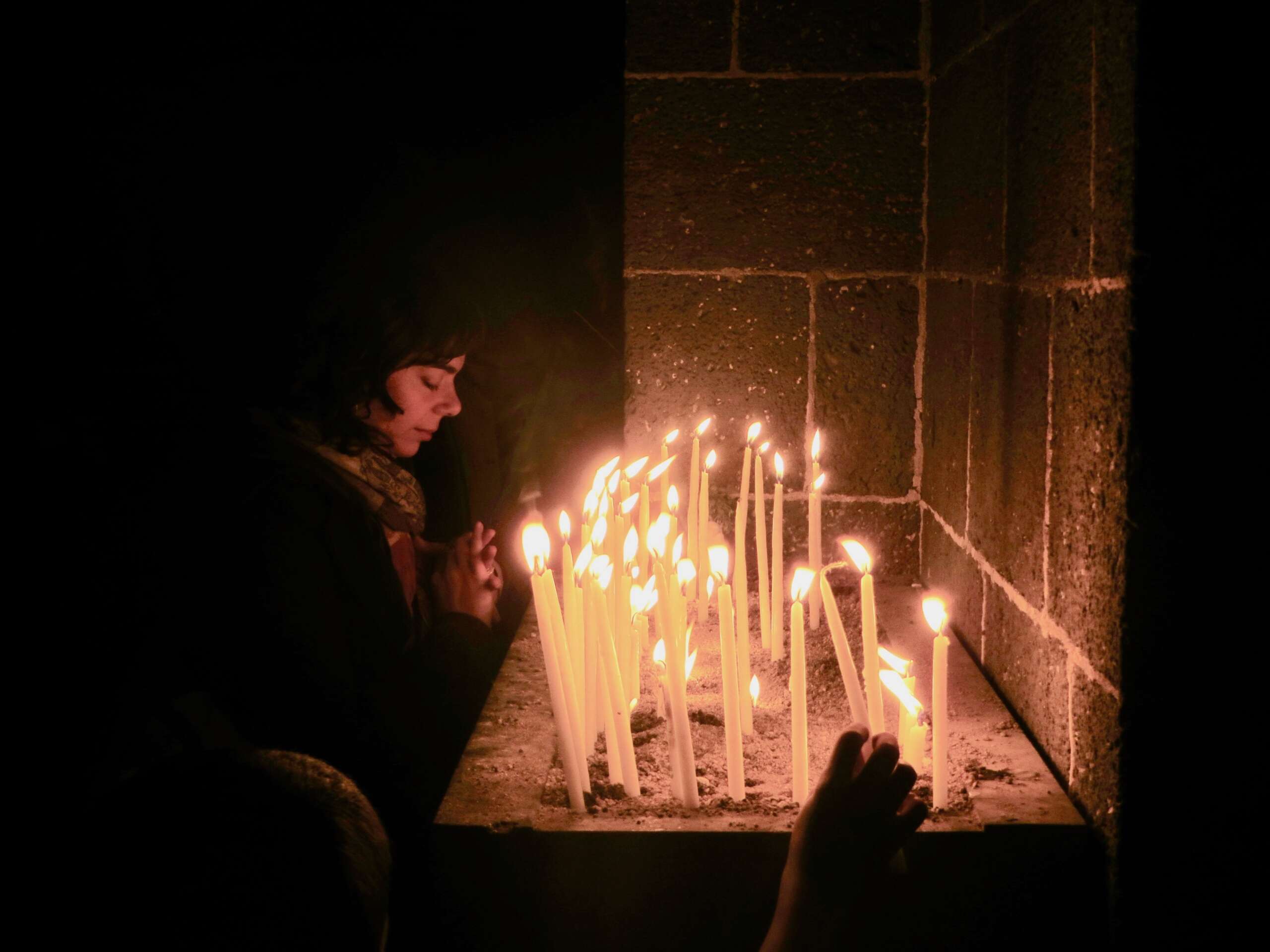 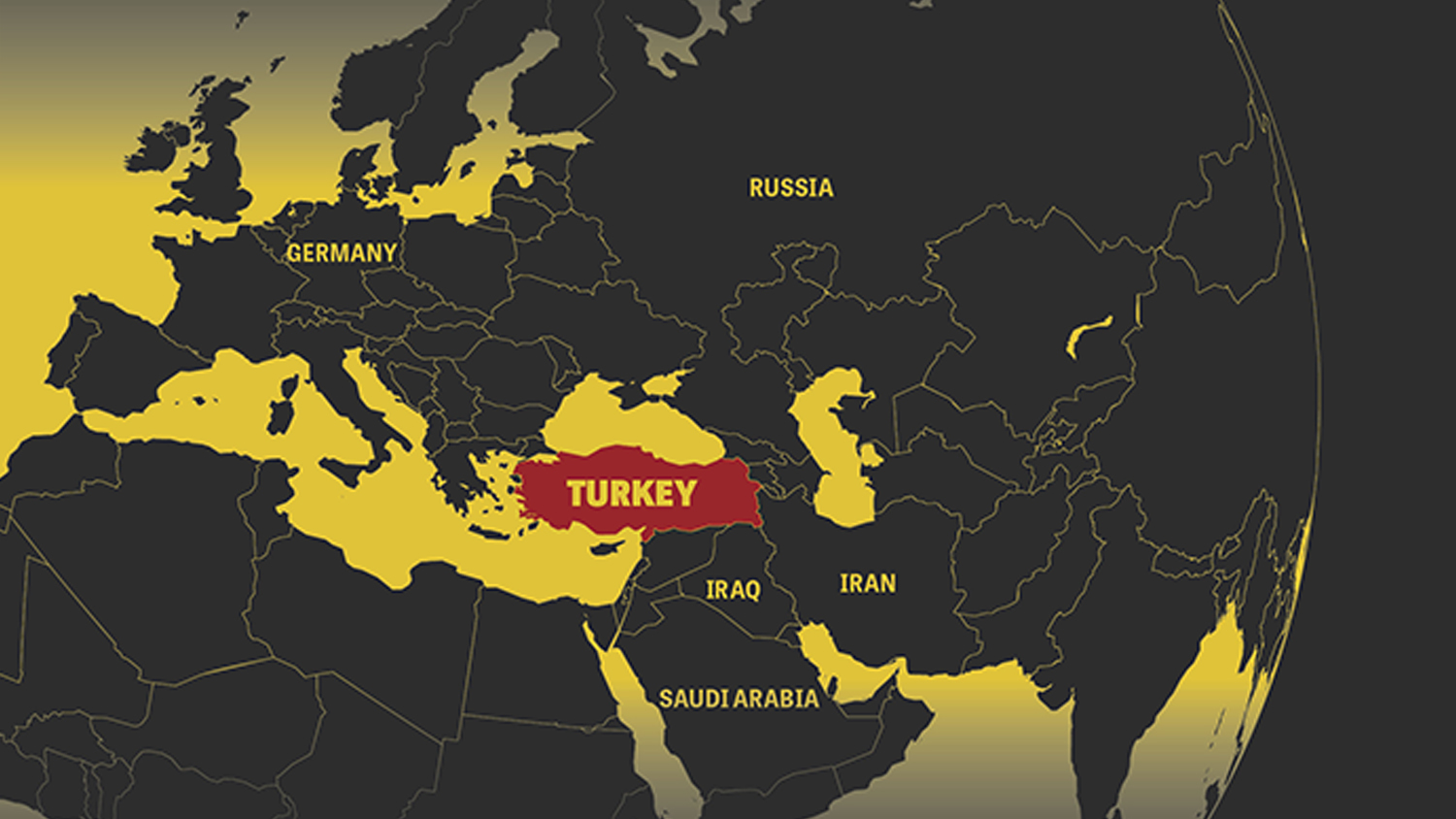 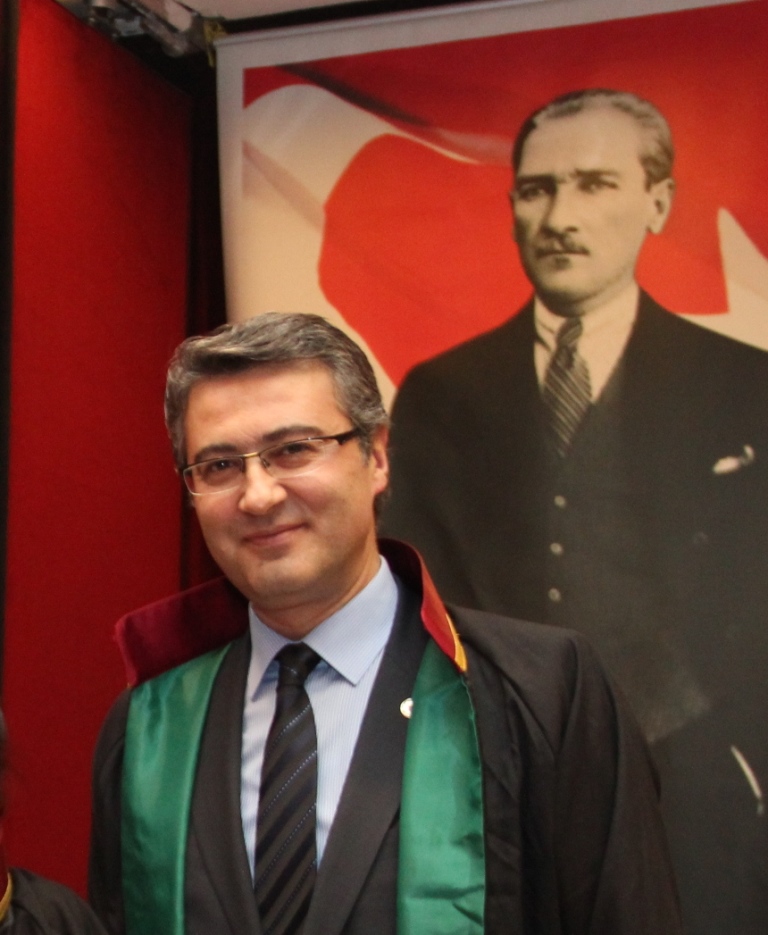 “Judges and prosecutors have become members or sympathizers of the ruling party” says Hakan Canduran, President of Ankara Bar Association