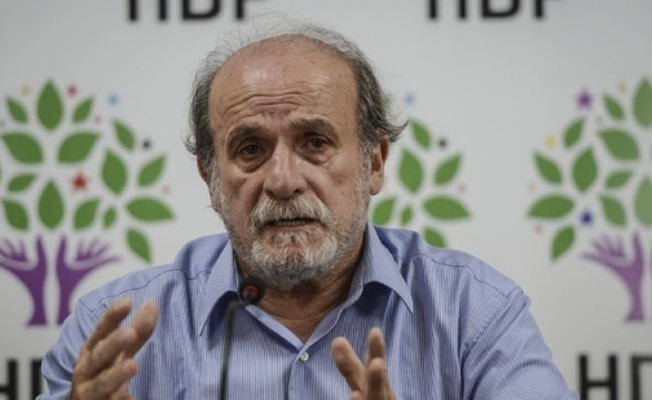 Local Elections in Turkey are of Vital Importance ﻿

Ertuğrul Kürkçü is a Turkish politician, social activist and the Honorary Chair of the HDP, which is the Peoples’ Democratic Party in Turkey. Since 8 October 2018, Ertuğrul Kürkçü is the Honorary Associate of PACE (the Parliamentary Assembly of the Council of Europe). He has served as the co-chair of the HDP between October 2013 and June 2014. He has also been active as a political journalist, columnist and editor.


We interviewed Kürkçü for PPJ Brussels Talks just before the March 31st local elections and the interview represents Ertuğrul Kürkçü’s personal opinions and thus, this is not an official statement in the name of the HDP.

The upcoming nationwide local elections of 31 March 2019 are of great importance to Turkey, since it will be the first vote following the introduction of the new presidential system. One might even say that it is a test for President Recep Tayyip Erdoğan and that it is a referendum on his rule. What do you think the outcome will be?

The March 31 elections are the last link in the chain of three consecutive elections (the referendum of 2017, the general and presidential elections of 2018, and the local elections of 2019) which the Erdoğan-led ruling dictatorial block have been instrumentalizing as a leverage for public consent for the fascist regime: the “Presidential Government System” as concocted by Bahçeli and in force since the 2017 referendum.

Albeit the ruling block having formally passed the 50 percent election barrier in the first two – through massive fraud based on voter rigging and ballot stuffing – the opposition in almost every shade still remains defiant and is gathering momentum to strike back both in Kurdistan and the metropolitan areas in the West: Ankara, İstanbul, İzmir, Adana, Mersin, Antalya, Hatay, Eskişehir…

I am optimistic that Turkey will be able to deny Erdoğan popular consent in this third round of elections and will change the balance of forces. This may open the way for Turkey to enter a new political era through an upsurge in the struggle for democracy from below.

Tayyip Erdoğan has inevitably turned the elections into a referendum as the ruling block’s backing has further eroded, particularly after the economic crisis which is simultaneously feeding a legitimacy crisis.

Awkwardly, Erdoğan is personally campaigning against each and every candidate of the opposition, particularly in the big cities in the west, positing himself as the “mayor of Turkey”, thus calling the people to decide between “I or they”. The people will vote accordingly. 31 March is not a local election anymore.

There are negative economic developments in Turkey: the economy has fallen into a recession for the first time in a decade. These developments will most likely have an effect on the upcoming local elections. With this recession in mind, do you think the Justice and Development Part (AKP) will retain most of the municipalities or on the contrary, will the AKP take a big hit?

What do you think the consequences will be for the Erdoğan regime if the AKP – of which President Erdoğan is Chairman – does not retain the majority of the municipalities?

It is highly likely that a negative result for Erdoğan and the AKP in the March 31 elections will cause the fault lines alongside the ruling block crack. Erdoğan and Bahçeli and the “Ergenekon” – a collective name for the ultra-nationalist and anti-Kurdish circles in the deep state who are rivalling Erdoğan in spite of a temporary security alliance against the Kurdish insurgency – will engage in inevitable infighting. This may push Erdoğan to look for new alliances for survival.

Practically, since the relative cohesion and the strength of the ruling block is undermined this would inevitably boost the opposition’s capacity of challenging the Erdoğan-regime.

Selahattin Demirtaş, the co-leader of the Peoples’ Democratic Party (HDP) has been in prison since 2016 and at least 10 other HDP parliamentarians are imprisoned as well.  Do you think these events will influence the voters and in what way? Might this attract sympathy from the voters or will this have an opposite effect?

The political prospects for the HDP are positive, in spite of a probable increase in the crackdown on our popular base and on our local and central organs and influential leaders. The HDP is maturing. The election strategy proves this. The HDP is employing a complex and even puzzling strategy in order to help oust the AKP from local power. The HDP is calling its voters to distribute their votes between its own HDP candidates, and the candidates of CHP and even of İYİ.

The HDP is acting selflessly in order to lead its voters to gather around the strongest candidate of the opposition, some sections of which are staunch right wingers and ultra-nationalists: a hard to thing to swallow for some Kurds. This political strategy, in spite of the tactical difficulties it poses for the party, will not only contribute to the decline of the AKP rule in the long run, but also lead to closer social and political connections between the HDP voters and the voters of other sections of the opposition.

Indeed, the HDP election strategy is cooked in heated debates inside the localities where grassroots networks intersect and are then systematized and reshaped by the HDP.

The HDP strategy is understood and praised by the opinion leaders of the opposition, no doubt this will yield further sympathy and solidarity from the voters too.

Over the years many HDP mayors (95) have been replaced by loyal pro-governmental officials after they were accused of supporting and cooperating with terrorists. President Erdoğan has stated in recent speeches that he might remove and replace HDP mayors that are involved with terrorism after the local elections.  Do you think that future HDP mayors will face replacement again after the local elections? Will this influence the HDP supporters and in what way?

Erdoğan and his Interior Minister Soylu have been very sharply criticized for their irresponsible and provocative statements in that direction for neither the government nor the President are bestowed such authority by the Constitution and the law.

In the past, they could remove the elected mayors by the unlawful exploitation of the extraordinary powers during the State of Emergency. Now they are stripped of these powers, at least legally.  We will see if they will still remain capable of overstepping the limits of law by the 1st of April. These threats may prove to be an April Fools, or turn into a tragedy.

Nevertheless, Tayyip Erdoğan is well-known for his grand U-turns and he may very well take back all his threats which sound pretty much like a strategy aimed at voter intimidation and spreading fear among the voters of possible official revenge should they vote for the HDP.

My impression is that not only our voters will continue to stick to their own choices but that many Kurds who have never voted for the HDP will also cast their votes for our candidates in protest of Soylu’s and Erdoğan’s gross insults directed at Kurdish people and Kurdistan.

The HDP has announced that it will not list candidates in several key cities, such as Istanbul, Ankara and Izmir, which implies indirect support for the CHP- İYİ alliance (Republican People’s Party and Good), even though HDP spokesman Saruhan Oluç stated that this choice has been made “for the struggle for democracy”. What is your estimation for the CHP- İYİ alliance’s chances in the March-elections given this context? Will it have a positive effect on the CHP- İYİ alliance or will the nationalist voters among the CHP and İYİ – who see the HDP as not that different from the PKK – turn their back on this alliance?

One vote is one vote: This is the logic when you go to elections. In case of the March 31 elections, one HDP voter’s vote for CHP or İYİ means more than one vote since the present sum of İYİ and CHP votes is so far incapable of beating the sum of AKP and MHP votes.

The present balance may be tilted only if the HDP voters cast their votes for the CHP+İYİ candidates. This is the simple logic for sane people. There might still exist some amount of eccentric ultra-nationalists among the CHP and İYİ voters. Yet, the majority comprises of people with common sense, I presume. Nationalism does not necessarily relate to lower IQs.

As you know the New Zealand mosque attacks have been livestreamed on Facebook by the assailant. After the events, social media companies have been working on removing the images and video’s while President Erdoğan has been using edited versions for his election rallies. Do you think President Erdoğan is trying to influence people – in particular Islamists – in order to gain votes? Where do you think the danger lies in his way of campaigning?

Erdoğan’s attitude would remain as a sort of crude revanchism if he should not exploit these images in order to identify the domestic opposition in Turkey with the white supremacist, neo-nazi assailant in New Zealand and the xenophobic and anti-Christian hysteria towards the non-Muslim world.

Erdoğan exploits the massacre in Christchurch in order to represent the Turkish elections as a replica of the clash between the aggressor and the victim, of the contest between the crescent and cross, identifying himself and his followers with the victims and the opposition with the aggressor.

This is the demonization of secular and non-Muslim, non-Sunnite sections of Turkey as part of the motivating force behind fundamentalist anti-Muslim trends overseas. This sort of agitation may deepen the divide between his followers and the others but it is unlikely to gain him extra votes. 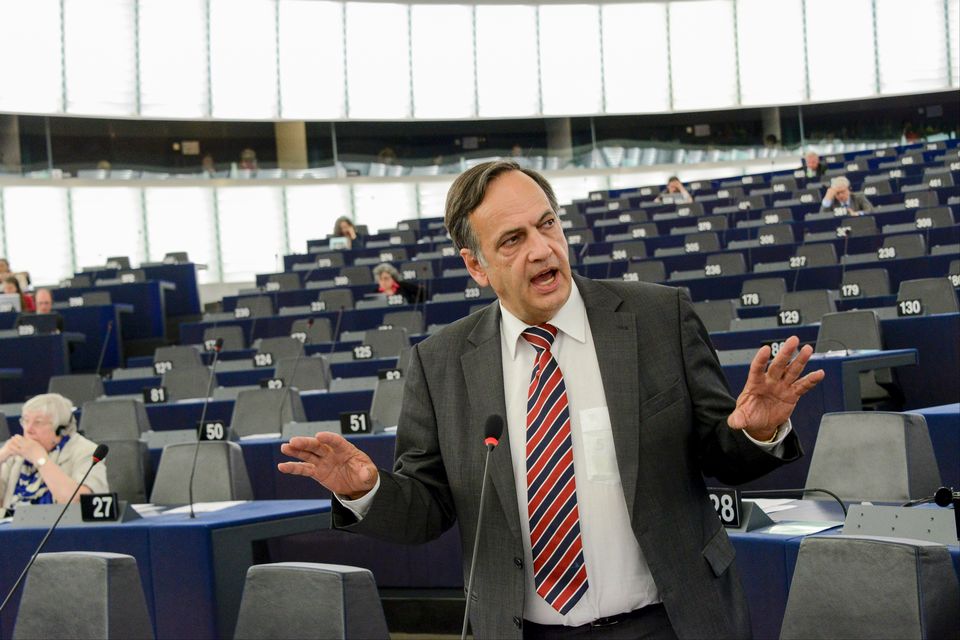 [INTERVIEW] MEP Fleckenstein: “For the time being, the relations with Turkey can’t be value-based” 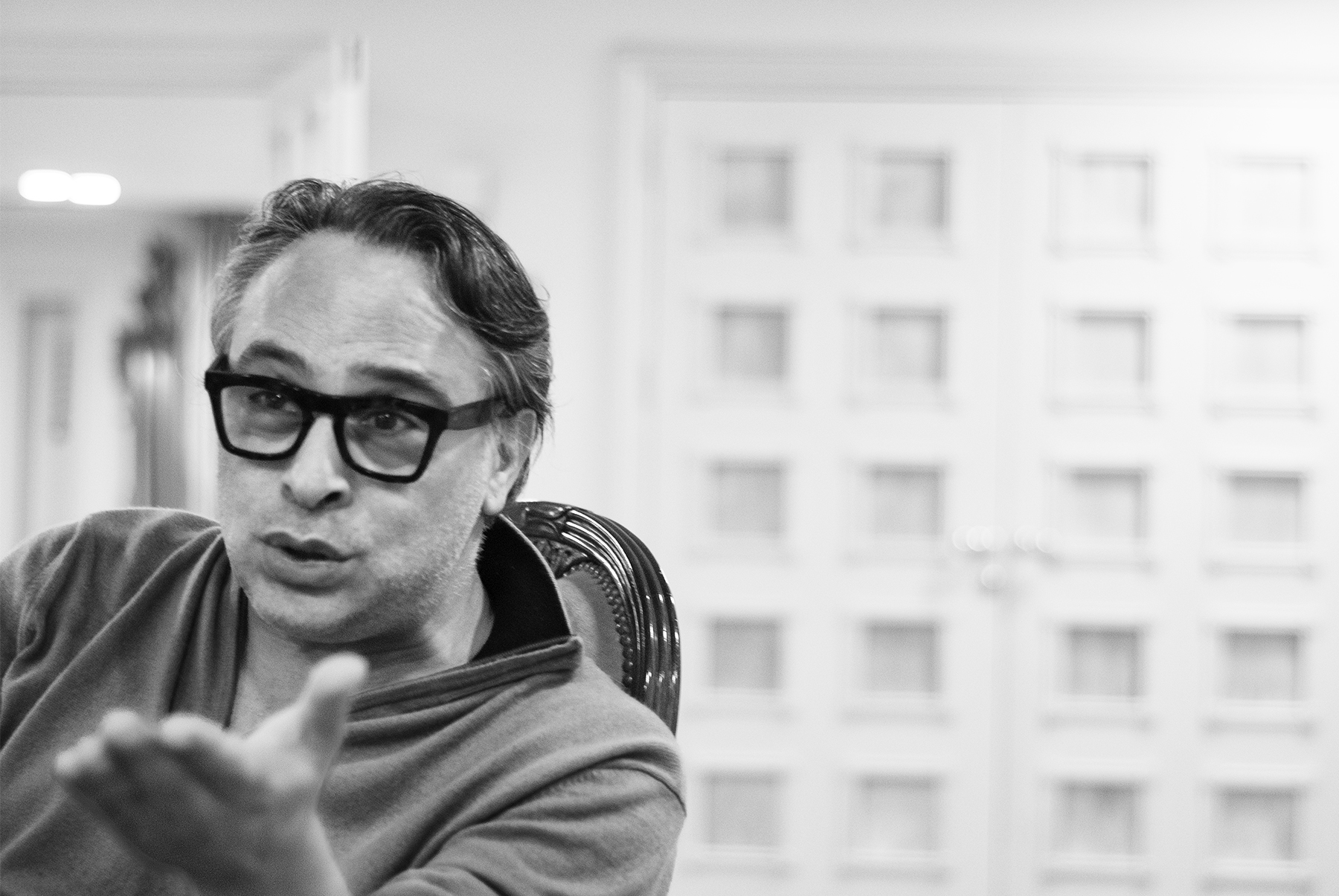 [ Interview ] I faced harassment, rape, arrest, torture and imprisonment, but I did not give up 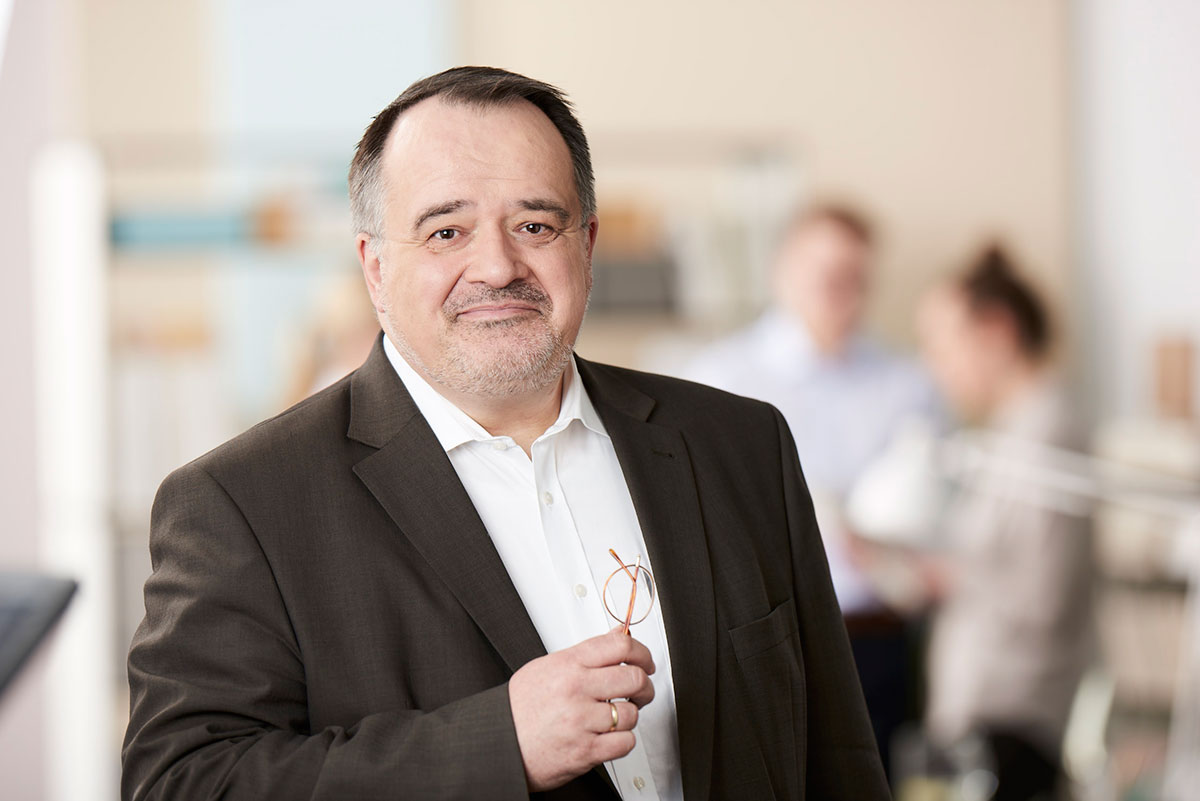